A Journey to Healing and Growth: One Mother’s Telling 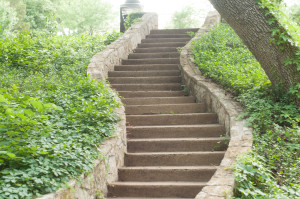 Amari, age two, was adopted at age 14 months from Ethiopia and initially had some hoarding behaviors. After being home for about a year, her eating changed dramatically, with no identifiable cause. While underlying medical causes were being evaluated, Bethany needed help. The following are excerpts from Bethany’s notes and emails on the first few months during the transition from an anxious/pressured feeding relationship to one focused on routine, avoiding pressure, and healing anxiety. This post is largely excerpted from Katja’s first book Love Me, Feed Me,  focused on adoptive and fostering families. Bethany used responsive, trust-based philosophies expanded upon in the STEPS+ approach in our book, Helping Your Child with Extreme Picky Eating.

This post is for informational purposes, and not meant to replace care of the individual child.

February 10, day one: A few months ago, she started to get pickier and ate less and less, eventually eating about five bites at each meal and down to two cups of milk a day and gaining nothing. She would pocket and take an hour to finish those bites. In one year home, she grew four inches and gained only nine ounces . . . We saw a nutritionist who told us how to sneak calories into her food. We saw a speech pathologist who determined that the issue was “psych” and barely glanced at her. In the last week, Amari has gotten SO much worse. She hardly drinks 1 and a half cups of milk/day, drinks nothing else, and takes about three bites at meals. I can force feed her more, but she gags constantly and has developed a tongue thrust so she can’t take a full bite. I’ve gone back to tiny, infant spoons only about half full if I want the food to stay in her mouth. I do still think this is mostly a psych issue, though I wouldn’t mind her having a better exam to determine if it is physical. She gets distressed, with this glazed-over look in her eyes (we have parented deeply emotionally disturbed children through treatment foster care before and I have seen this look too many times to not recognize it) after a few bites and completely disassociates. We have tried EVERYTHING. We have ignored the issue, we have put her in a quiet room with no distractions, gotten angry and screamed. We even tried to punish her (I know, bad move, but we just thought… maybe?!?). Now she’s puking all her food at least once a day. I am screaming inside. I don’t want to do this anymore. I am tired. We have had one fight after the other for this girl and I love her deeply, but this is sucking the joy out of parenting. I need to know what to do. We have an appointment to see a psychologist — a month away.

Day 2: We are just allowing her to eat as much as she wants (one or two nibbles) and offering her food more regularly throughout the day. It goes against everything the nutritionist said, but this is not a “normal” situation . . . While I cannot be 100% certain this is a psych issue, I am about 95% sure that it is — or that it has become one. In other words, if she has a physical issue, psychological trauma is still presenting itself through this issue . . . At this point, we have been fighting for this child for nearly two years… first to get her home, then to get her to walk, then to get her to talk . . . I am just weary.

Day 4: I’ve read about half the book (Love Me, Feed Me). We are totally willing to try this, but I am leery about whether or not this will work with our daughter …

Day 8: The vomiting has stopped completely, in one weekend! Seems to be pocketing less as well. I’m not sure if it’s because feeding overall is more relaxed or because she hasn’t put something in there that she doesn’t like. Now, if only she’d start eating more. I am appreciating less stress around eating, but I still feel so defeated at the end of the meal when she’s only had a few bites. It is very tempting to start up with feeding her again to get just a few more calories in, but I know where that leads, so hopefully I can avoid it . . . Eventually she will have to start eating more, though. Three bites, three times a day isn’t going get her to grow.

Day 13: I wonder how much she needs to gain weight? For lunch, she ate 1/2 slice of bologna, one oz. of cheese, one tsp. of hummus, and two crackers. Breakfast was 1/3 of a banana a 1/2 cup of oatmeal. I don’t think that’s enough, but maybe it is?!? It’s certainly better than three bites. I have helped her to take a few extra bites at both meals, but she did so happily. So glad I did review Z-scores*, she’s definitely improved with the weight gain, so it was helpful for me. She’s close to the “normal” range, especially for her current height.

Day 16: Good days and bad, good meals and bad. I am still really struggling with what to do when she cheeks food. I know that the simple answer is to let her spit it out, but it angers me. I know that she can swallow it—she just swallowed other bites. I don’t know how to mentally get past that to let her spit it out. I’ve tried, I swear I have. My husband has the same struggle. For now, we’re just having her sit in her highchair until she swallows it. She eventually does, but it can take a LONG time.

Day 31: Amari is doing much better. She only ate about three bites of food for breakfast, but she was asking for food two hours later. I had her wait until lunch and she ate half a cheese stick and about 2/3 of a hot dog plus a few crackers and other things. We’re seeing about one full meal per day and she’s happily eating more like six bites at most meals — vs. the three she was doing before . . . If she has gained weight (I think she has), we don’t want to see GI. I’m afraid all of that will just traumatize her and set us so far back. I’m not seeing her dislike any certain type of food like we were before. She even asked for chicken the other day and took and swallowed two bites without any prompting from me . . . sometimes Amari refuses to try a bite of something that I know she will like. I have asked her to lick these things and then she always wants a bite after that. So far it doesn’t seem to upset her, but I don’t want that to turn into a battle, ever. I feel like I am better able to gauge and respond to her reactions.

Six weeks: Amari has gained 10 ounces, more than in the entire previous year.

And… just like that, she eats “normally” for 3/5 meals. Amari still likes to cheek things and it still drives me crazy, but it no longer seems to cause any kind of back slide for the next meal when she decides to do that. I would honestly say that MOST days she eats 2 decent meals. They’re small, but so is she. She will never be big. Her Z-score is going up and she’s even almost on the regular charts. I call that a HUGE win.”

What parents often find helpful in the stories of other parents, especially over time like this (check out B’s story on Mealtime Hostage, and Four and Not Growing– they are amazing), is the range of emotions, the good days, the bad, the progress and the setbacks. We also love how Bethany, and so many other parents describe being able to better respond and know how to facilitate, and when to back off based on each child’s reaction.  For example, Bethany found that asking Amari to lick a food didn’t invite push-back, and in the linked post Four and Not Growing, family-style overwhelmed the little boy, and serving him worked better.

Amari had a pediatrician who was monitoring their progress, and Amari and her family (and the families in the Mealtime Hostage posts) were able to make drastic improvements without intensive therapeutic interventions (Amari would have qualified for an ARFID diagnosis). We see many children improve with primarily addressing the feeding environment, where parents learn to facilitate progress. Amari and her family needed support, and had a team on hand if things grew worse, but Bethany despaired that her specialist appointment was a month away. She also felt that she recieved no practical help from the dietitian, speech therapist and GI doctor they had seen, which alas is all too common. Amari, and children like her, inspired us to write our book, to share support and strategies for families struggling to help their children with extreme picky eating.

We also highly recommend the parent support group over 7,000 strong at Mealtime Hostage  on facebook.